It is time for a birthday party in the Norwegian sea.

Operation in the depths posed some special challenges, which were overcome with the four HOFIM units with custom M43 motor design and a special hermetically-sealed casing with metal seals on all flanges. The motor was developed to withstand up to 3191 psi (220 bar). The technology is based on 25 years of experience with more than 100 machines in operation in gas storage and transport, MAN said. MAN has partnered with Aker Solutions to develop and deliver subsea compression solutions.

“We’re proud to have played a leading part in developing this groundbreaking technology, which is proving its value as we now mark one year of strong operations since going on stream,” said Hervé Valla, chief technology officer at Aker Solutions. “Together with MAN we’re taking this technology further to deliver slimmer and lower-cost compression systems without compromising on effectiveness.”

MAN and Aker Solutions said the partnership expects to reduce the size and weight of future systems by at least half, greatly lowering investment and installation costs.

“The next generation of subsea compression systems will be based on proven technology and contribute to major improvements in both the recovery rate and lifetime for a number of gas fields,” explained Basil Zweifel, head of Oil & Gas Upstream at MAN Diesel & Turbo in Zurich. “Aker Solutions and MAN will provide reliable compression systems for use at small subsea fields as well as large deposits such as Åsgard.”

Whatever the future of the Åsgard subsea compression station project, one thing is for sure: the first birthday has been a happy one, with a clean slate on downtime. And, if the initial figures reported by MAN Diesel & Turbo remain confirmed, the recovery at Åsgard will increase from 67 to 87% from the Midgard reservoir, and from 59 to 84% from the Mikkel reservoir, with an increased production of 306 MMbbl of oil equivalent.

Check out this great video on Åsgard below: 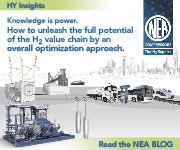